They have four kids, and that is a big family by contempory standards, They are both teachers in their late thirties. The first, and the most important thing they wanted in their new home was a place where their kids could play, read and study. They wanted lower floors for the kids and upper for themselves. They already tried it out with another architect, but it did not satisfy them, that’s when they said that they found about me, who appeared to be more playful, and more creative.

Irregular and sloped site boasted a great view. It is situated in a nice newly built surburb. The view reminded me of a scene from a movie, LA surburbs at night. Instantly, a name for the house came up-Panorama House-which they nodded with some ambience.

The basic request of upper and lower spatial organization and the shape of the site promted a long and thin house with fluctuating facade which would allow for more differentiated view. The key was coming up with a multi_functional space which  is a large staircase, bookshelves, casual reading space, home cinema, slide and many more…

The client was very pleased with the design, and the initial design was accepted and finalized almost instantly, only with minor adjustments. The Kitchen and dinning space is another important space where family gathers to bond. the TV was pushed away to a smaller living room. The attic is where the best view is possible, it is used as a play room for younger kids.

The multi-use stair and slide space brings much active energy to the house, not only children, but also grown ups love the slide staircase….An action filled playful house for all ages…

the fluctuating facade is accentuated my mirrored bottom and top angles. It can bring about some illusion when looked at with some concentration. The various sized windows provide different outlooks. Korean Houses are floor heated, which is quite unique and brings users to the floors more than to furniture such as sofa and chairs. so many windows are placed quite low, considering the long living habit. There is no high legged dinning table for the family, only a portable foldable short-legged table. The space kept empty until any specific function arises… 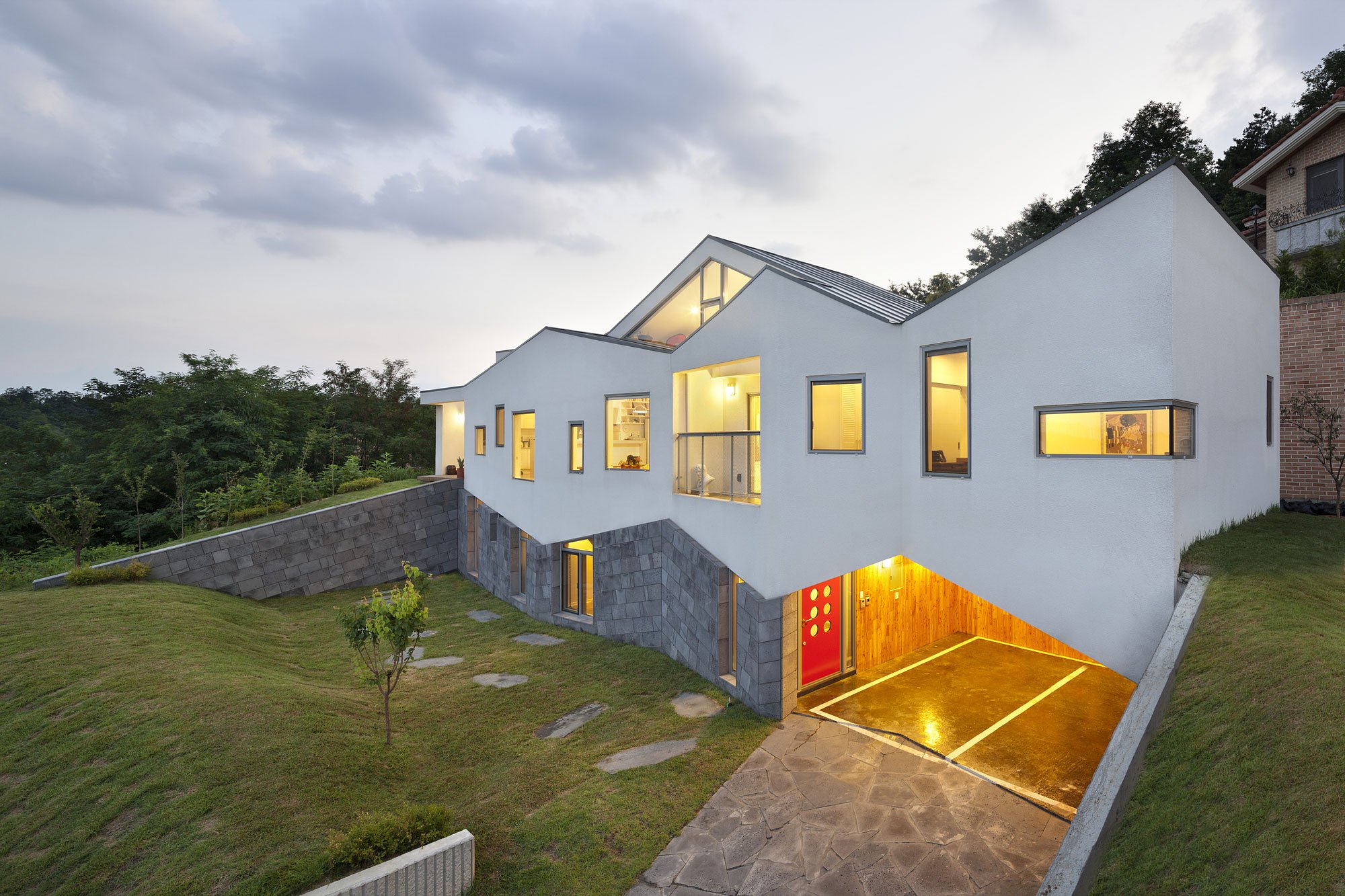 Signs That Your Commercial Roof Needs Repairs   A roof is one of the most trustworthy parts of any building. With an average lifespan that spans...
Read more
Tips and Tricks

6 Tips for Organizing Your Campus Dorm Room like an Expert Designer We can all agree that a campus dorm room is one of the...
Read more
Tips and Tricks

3 Ways To Improve Home Decor   There are several ways to improve home decor and that provides the opportunity to say something about your personality,...
Read more
Tips and Tricks

The Smart Homeowner's Checklist for HVAC Repairs   Your home is supposed to be your number one source of comfort. That's exactly why you should stay...
Read more

Build Storm-Resistant Using Plexiglass for Windows that are Affordable